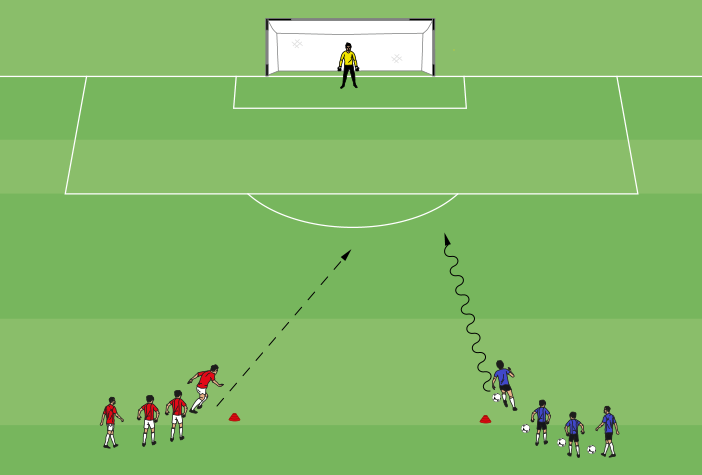 In 1v1 to goal with defender trailing, the offensive players try to capitalize on breakaway opportunities. The defenders try to chase down the attackers from behind to prevent a shot.

Have players form two lines about 25-30 yards away from the goal. The players in one line start with soccer balls.

Players in the attacking line have to dribble at speed so that the defender doesn’t catch them. To make this more challenging for the attackers, the lines can be backed up or the defenders can start closer.

If you like 1v1 to goal with defender trailing, be sure to check out 1v1 flying changes which is another fast paced game for players to work on breakaways. In addition, the following drills are excellent for players to practice in 1v1 situations.