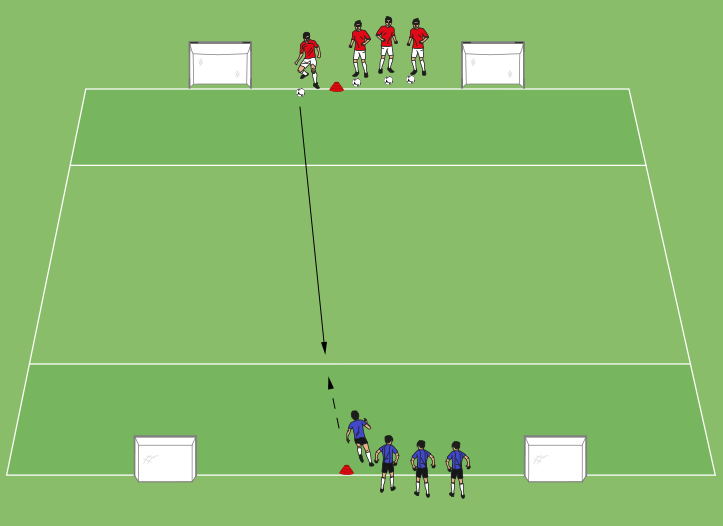 1v1 to mini goals is a common variation of 1v1 that is easy to implement and simple for players to understand. It is a great go to 1v1 drill due to it’s simplicity.

Set up a field with two mini goals on each side. Divide players in half to create a line of players on each end line.

The players on one side always start with the ball. The game begins by the first player in line passing the ball to the first player on the other side. The players then play 1v1 to goal. Once someone scores or the ball goes out of play, the next two players in line begin. Have players switch lines after every dual. This ensures that both players have a chance to start on offense and defense.

It is usually best for defenders to use a sideways on stance and force attackers to use their weak foot. By forcing the attackers one way, defenders can make the play predictable.

Because there are two goals on each side, attackers can fake as if they are going to go one way and then quickly dribble in the opposite direction. This drill is also a great chance for attackers to experiment with different moves to get past defenders.

If you like 1v1 to mini goals, here are some of my other favorite 1v1 drills: