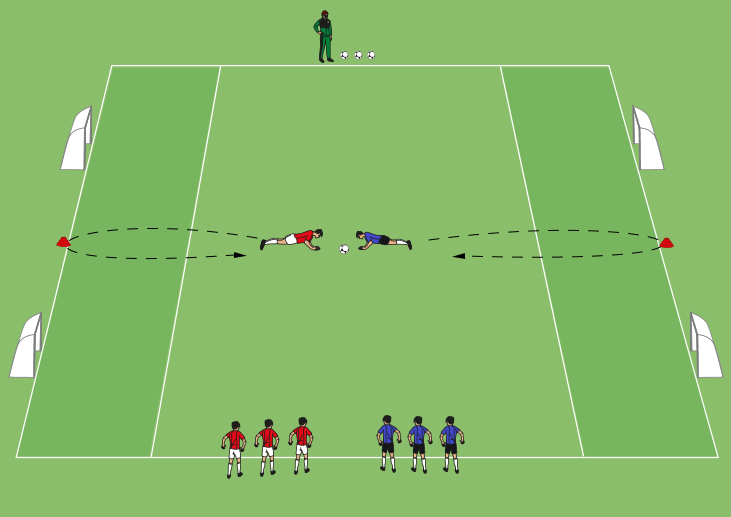 Sprint for the advantage is a 1v1 drill where players must sprint around a cone on their own end line before coming out to play 1v1. Faster players have the advantage in this game because they are more likely to get to the ball first.

When the coach says ‘go’ the players must run around the cone on their own end line before coming out to play 1v1. Each round two new players come out.

This game gives an advantage to faster players. Try to match players up based on speed for even duals. If there is a big speed difference a coach can adjust the ball position left or right to challenge the faster player.

If you like sprint for the advantage, check out these similar drills: