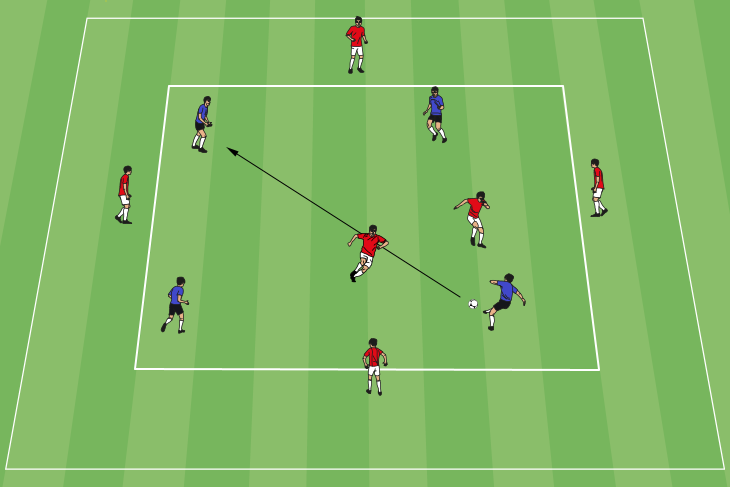 This is an excellent variation of a rondo keep away drill where if the defenders win the ball, they can keep possession with players on the outside of the grid.

The team of four plays 4v2 keep away in the middle. If the two defenders in the middle win the ball they try to keep possession by passing with their teammates on the outside. Every time a team completes six passes in a row they earn a point.

In the event that the two players in the middle win the ball, they will have to work hard to move and get open when working with the outside players. Every few minutes rotate players so that they get to experience different roles.

If you like this drill, be sure to check out other keep away style drills such as two teams against one, find the final pass, and keeping count with neutrals outside.