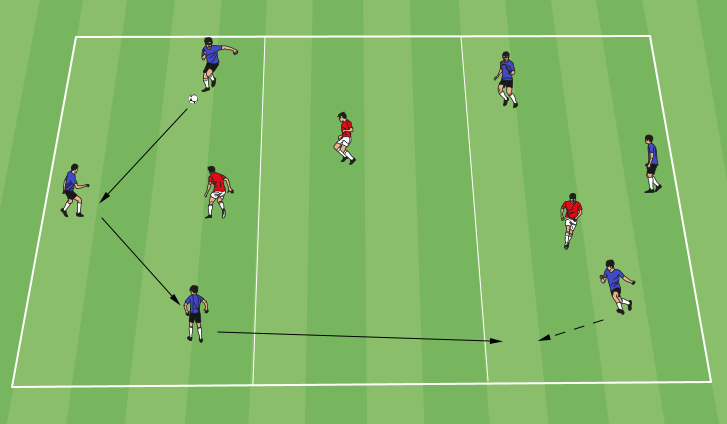 Delivering the through pass helps offensive players learn how to move the ball and find open teammates in front of them.

Set up a grid with three zones. Assign a defender to each the zone. Have offensive players get in groups of three or four and start in the outside zones.

The ball starts with one of the offensive teams on the outside who must connect six passes and play a through pass to the opposite side for a point. Play the game for two minutes and have the offensive teams keep track of how many through passes they complete. If the ball goes out a play, start a new ball on the other side. If this game is too difficult for the attacking team, a coach can also allow an offensive player from the opposite side to enter the neutral zone to help get six passes.

Players on the opposite side need to move to find passing angles. Teams in possession need to be patient to find the through pass without forcing it.

If you found this drill to be helpful, here are some other drills to use with your team that are great for developing passing and ball movement as a group: