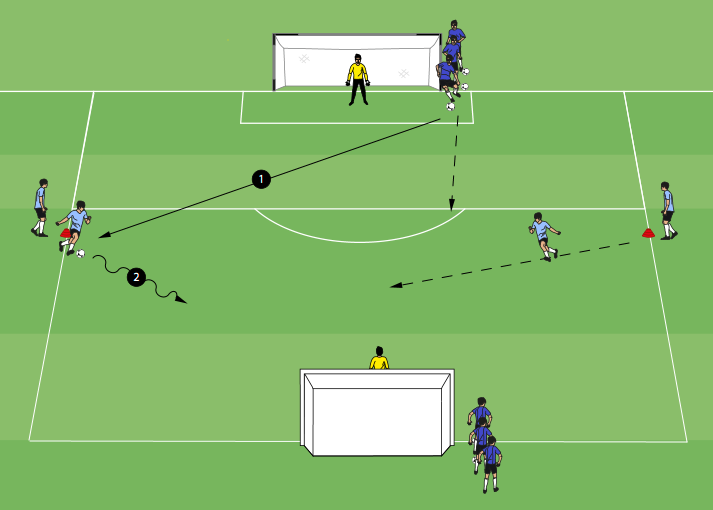 The Dortmund 2v1 shooting drill is an excellent game for players to practice dribbling towards goal quickly and finishing.

Set up a grid as shown in the diagram with a full size goal on either end. Have players line up at the posts and form two additional lines on either side of the grid. Players at the posts need soccer balls.

The soccer ball starts at one end with a player on a post. This player can choose to pass to either one of the side players. The player they decide to pass to becomes their teammate and the other player becomes the defender. The players play 2v1 to goal. Once the ball goes out of play a new ball starts on the opposite side. There are no true teams in this game. The first three players to score five goals win.

When the ball is played to a side player, they can get an easy chance by dribbling towards the goal quickly while the defender is trailing. In a 2v1 situation, attackers should get a quality shot off every time.

If you like this drill, check out some of our other favorite finishing drills.