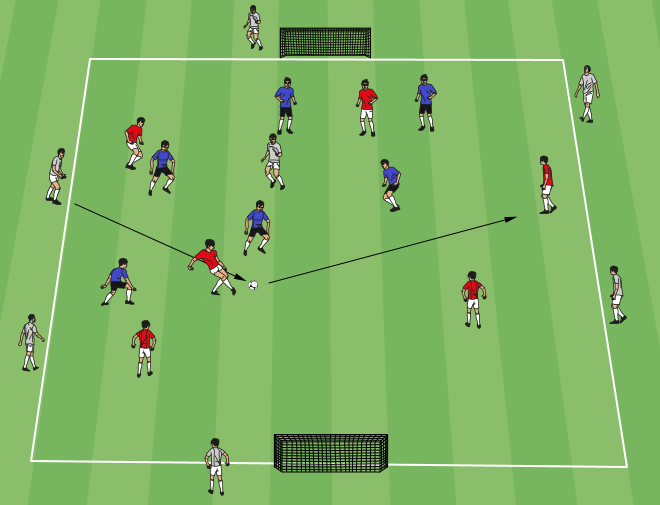 Mini goal game with neutrals is a great game for players to work on keeping possession of the ball because they have lots of passing options with neutral players around the outside.

Set up a field with one or two mini goals on either side. Split players up into three even teams. This works well with team sizes as small as four or as large as eight.

Try to make all three teams as even as possible to ensure competitive games. Coaches can also shuffle teams every few games to get players working with all of their teammates.

For a simple drill that is similar to this one, take a look at points for goals and passes. Slightly more difficult drills that focuses on keeping possession of the ball include possession to target players and possession to finish with two goals.