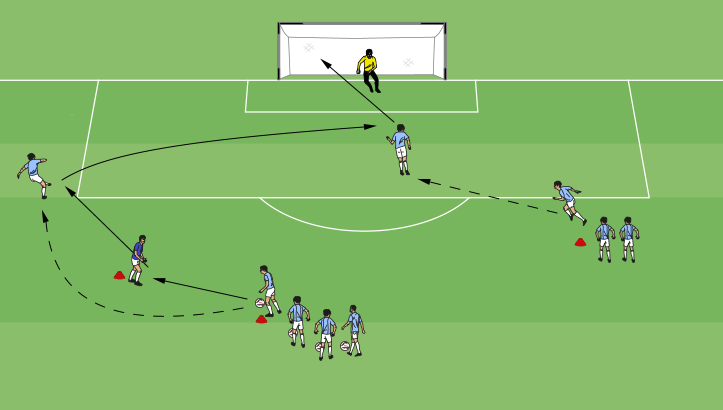 This relatively simple drill allows players to work on overlapping, crossing, and finishing.

The first player in line plays a pass to the the all time passer and then performs an overlap around the outside. The overlapping player receives a pass back and then crosses to a player running into the box. The runners try to finish the crosses on goal. Coaches can have crossers and runners switch lines every time if they would like.

As soon as one player finishes, the next player in line can go. Make sure players are overlapping with speed and delivering quality crosses. Perform this drill on both sides so that players learn to cross with both feet.