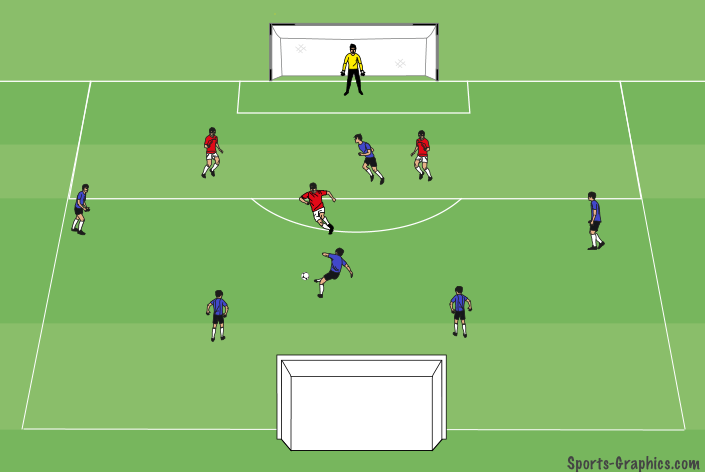 Overload without a keeper is an easy possession drill to use when there is only one goal keeper available at a training session. The team without the goal keeper is given several additional players to offset the disadvantage.

All regular soccer rules apply while the two teams play against each other. The first team to score three goals wins.

The team with less players may be able to take shots from a distance because their opposition is without a keeper. With this in mind, it is best for the team with the numerical advantage to try to control the game and keep possession of the ball. This drill is a great way for the team with the overload to practice breaking down the defense. In addition, the defending team can work on generating quick counter attacks when they win the ball.

In order for teams to be successful in overload without a keeper, the players must be able to move the ball effectively and finish. Here are some of my favorite drills to help players dominate in the final third: