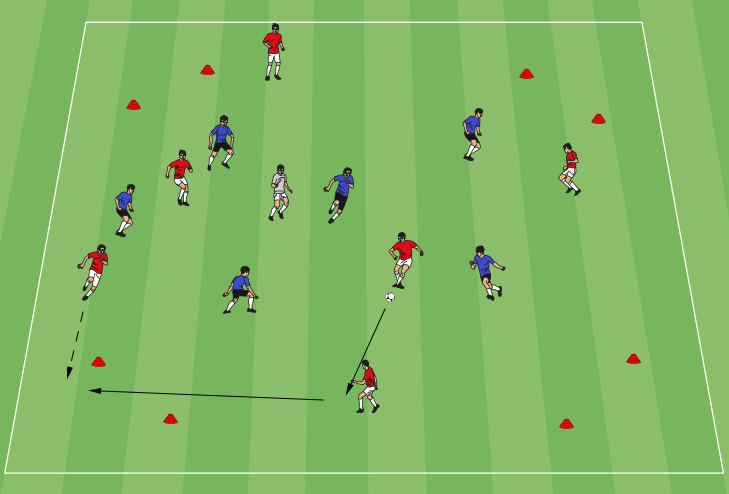 Spread the field with gates is a great possession game for players to work on connecting passes with each other and switching the field.

Set up a grid with a cone gate towards each corner. Create two teams to play against each other and assign one or two neutral players to play all time offense.

The teams in the middle go head to head trying to keep possession of the ball. Once a team completes six passes in a row, they can pass it through a cone gate to a teammate for a point. The first team to three points wins. If a team scores a point they don’t have to stop, they can continue passing, starting back at zero.

If you like spread the field with gates, two similar drills include possession to neutrals in the corners and possession to target players. In addition, take a look at some of these other great possession drills.