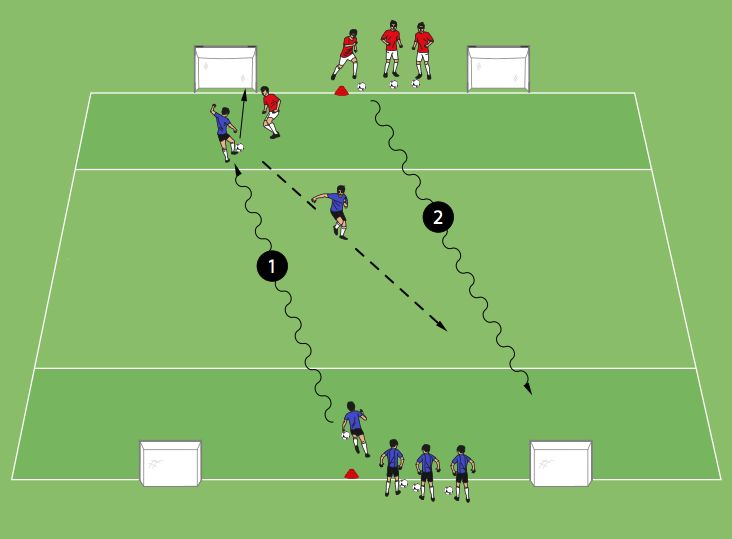 Flying changes is a fast paced, back and forth 1v1 game that players will enjoy.

Set up a field with two mini goals on either side. Create a line of players at each end line. The two lines should be relatively even. All of the players need soccer balls.

The first players from each line enter the field and play 1v1. As soon as a goal is scored or the ball goes out of play, a new attacker comes on from the side of the field that the ball went out on. The player who was defending the side where the ball went out leaves the field. At the same time, the player who was just on the attack defends the oncoming player. This game emphasizes speed of play and quick transitions.

Walking the players through a ‘practice round’ can help players get the hang of the drill before playing for real. Once players understand this 1v1 variation, it’s a really fun game. Make sure players in line are ready to go with soccer balls so that they can attack quickly when the ball goes out of play on their side. Being ready to go can be a huge advantage for attacking players. If a defender is out of position from attacking in the previous round, the attacker can get a head start.

Other great 1v1 drill that focuses on speed of play include 1v1 with defender trailing and wave after wave.