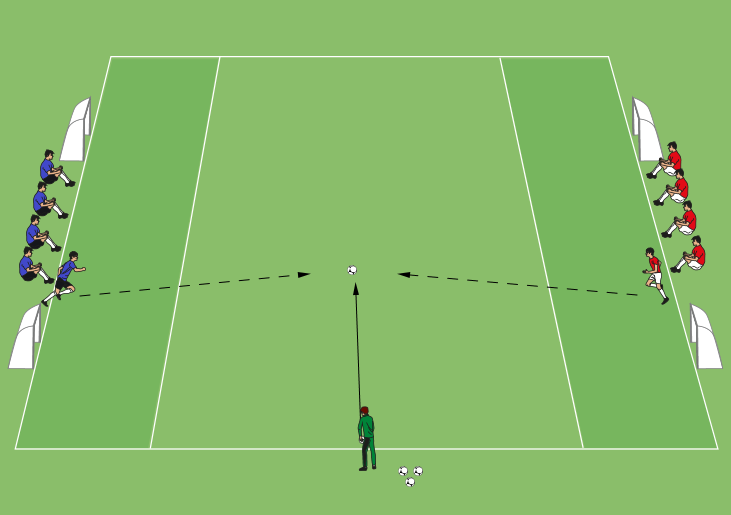 50-50 is a simple 1v1 game where players start on their own end line and run onto the field to play 1v1 against their opponent, battling for the ball in the middle.

Set up a field with two mini goals on either side. Place a soccer ball in the middle of the field. Create two teams and have the players line up at either end line.

When the coach says ‘go’ the first player from each line runs out to play 1v1. Each round two new players come out.

Another variation of this game is rather than having players attacking in one direction, allowing them to score on any of the four goals.

This game gives an advantage to faster players. Try to match players up based on speed for even duals. If there is a big speed difference a coach can adjust the ball position forward or back to challenge the faster player.

Similar 1v1 drills include battle for the ball, sprint for the advantage, and call a number.