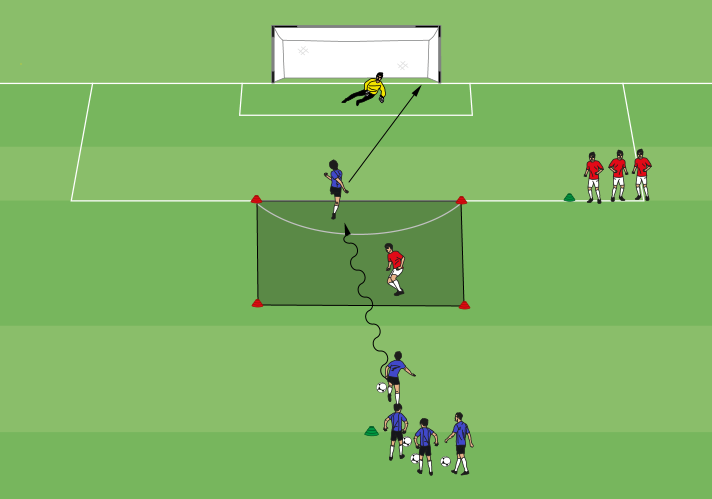 Defender in the square is a variation of 1v1. In this drill defenders must stay inside a square at the the top of the box as they try to take the soccer balls away from the attackers.

At the top of the 18 yard box set up a 5×5 yard square. Separate players in half into defenders and attackers.

The first defender goes into the square and can only defend inside of it. The ball starts at the attacking line where the first attacker must dribble through the square before scoring. Players can switch lines every time or coaches can pit the defensive team against the attacking team and give each team 5 minutes to attack. The team with the most goals in 5 minutes wins.

Defenders in the square must make their tackles inside of the square so they can’t be afraid to get physical. Offensive players should go at full speed and throw in some attacking moves.

Defender in the square is a great drill for attackers to work on dribbling straight at defenders. Other drills like this include straight up 1v1 to goal and 1v1 to mini goals.