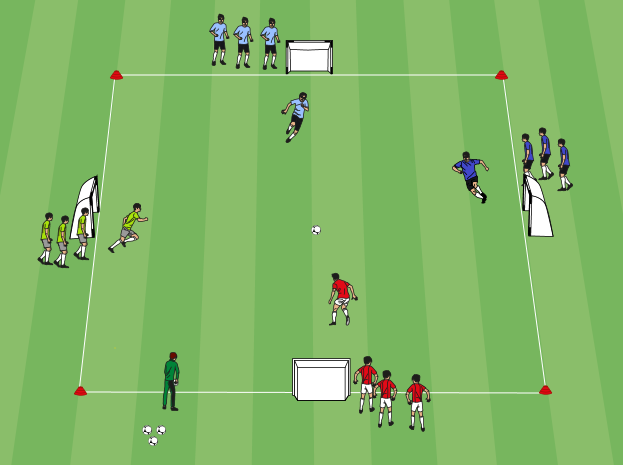 Score for the advantage is a fun 1v1v1v1 game where players get to add a teammate to help them each time they score a goal.

First, set up a square field with a goal on each of the four sides. Separate players into four even teams. This game works well with three players on each team.

The first player from each team comes out to play 1v1v1v1. Each player defends one goal and can score on the other three. The coach tosses a ball out onto the field to start the game. In the event that a player scores a goal, they can bring on an additional player so that it is 2v1v1v1. Each time a player scores, they add to their team. The first team to score a goal with all of their players on the field wins.

Make sure teams are relatively even so that the game is close. Teams should start with their best 1v1 player so that they increase their odds of scoring and bringing on additional players.