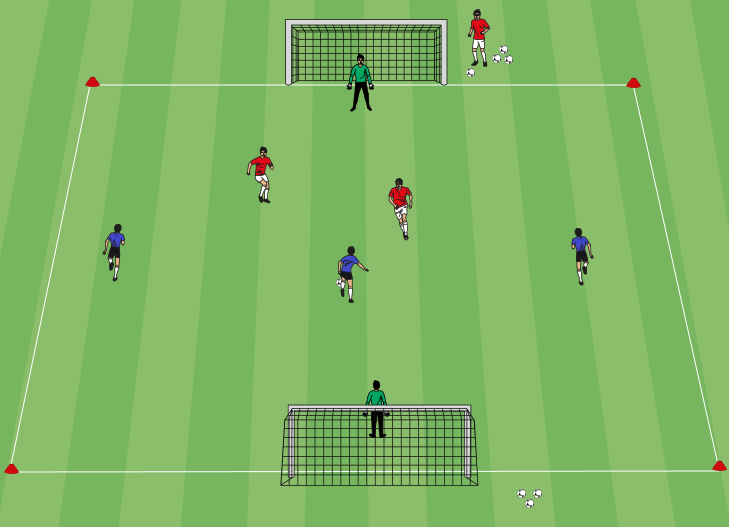 In this 3v2 variation, the last person to touch comes off. This is a great drill to work on attacking play because the offense always has a numerical advantage.

Set up a field with a large goal on either end. Put players into teams of three. Each side needs a goal keeper.

First, one side starts with the ball and plays 3v2 to goal. When the ball goes out of play or the attacking team loses possession, the last player that touched the ball on offense comes off the field. The other team then brings their third player on and plays 3v2 in the other direction.

Transitions can be emphasized in this game by having the player that is off ready to go with a soccer ball. This way as soon as the ball goes out of play they can generate an attack quickly.

In this game the offensive team should work together and get quality shots off because they outnumber the defense.

This drill is similar to defense drops two which is played with larger teams. In addition, 3v2 to goal and 3v2 with winger crosses are excellent 3v2 games for players to work on finishing.