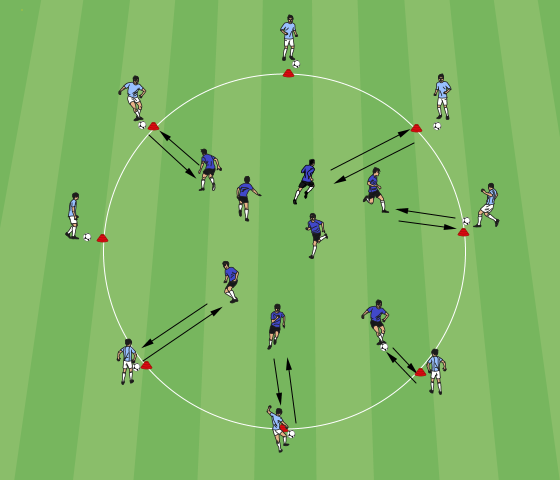 The circle passing warm-up is a technical warm-up that gives players a chance to work on passing, volleys, and headers.

Players in the center run around receiving and playing one touch passes back to the players on the outside for one minute. The players in the middle can run to any perimeter player who is open. This drill can also be done with headers or volleys with the outside players underhand tossing the soccer balls rather than passing. After one minute have the partners switch so that both partners have a chance to perform both roles.

Be sure that players are aware of the space around them to avoid collisions in the center. Make sure players are communicating and checking to the ball to receive passes.

For similar passing warm-up drills, take a look at the following: