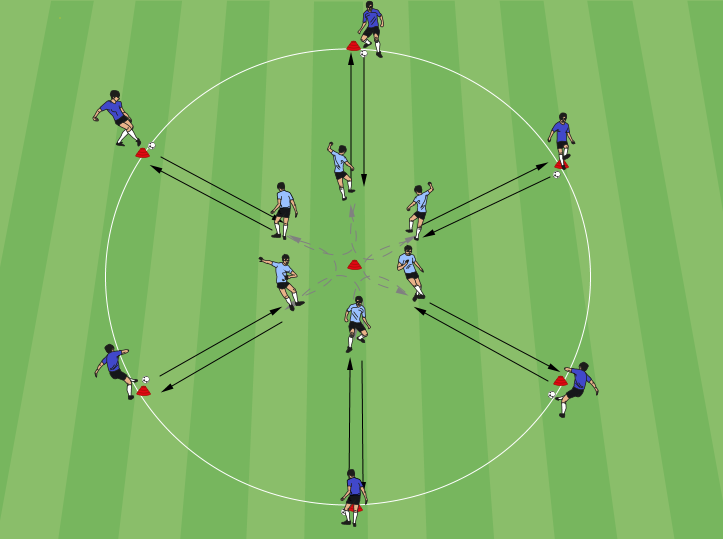 The circle rotation warm-up can be used for players to practice passing, heading, and volleying.

Make sure players are communicating and checking to the ball to receive passes. When checking to the ball players should shift gears from a slower speed to moving quickly towards the ball. This simulates checking in a game where an attacking player is trying to create separation from a defender.

If you like the circle rotation warm-up, check out these similar drills that can be used to practice technical skills: