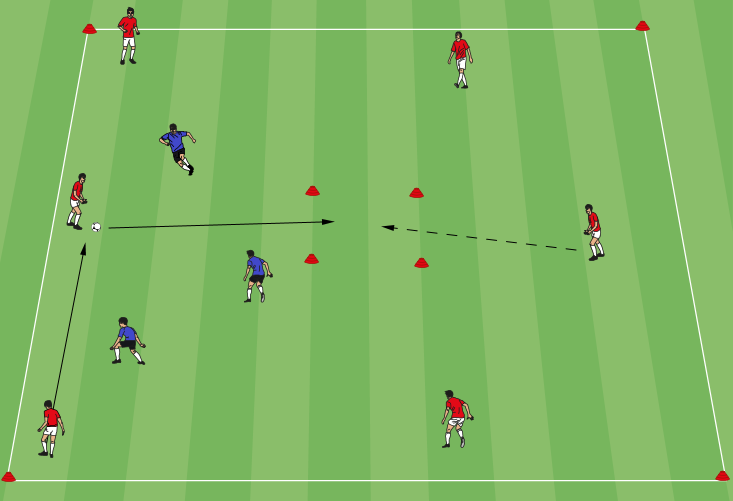 Find the final pass is a great possession game to teach offensive players to be patient and keep the ball until an opportunity arises.

The team with more players plays keep away inside the grid. Once they complete six passes in a row, they can have a player check into the square in the middle. If the player in the middle receives a pass in the square the team earns a point. If the defending team wins the ball they earn a point. The first team to earn three points wins.

If you found this drill useful, check out some of these other possession drills.