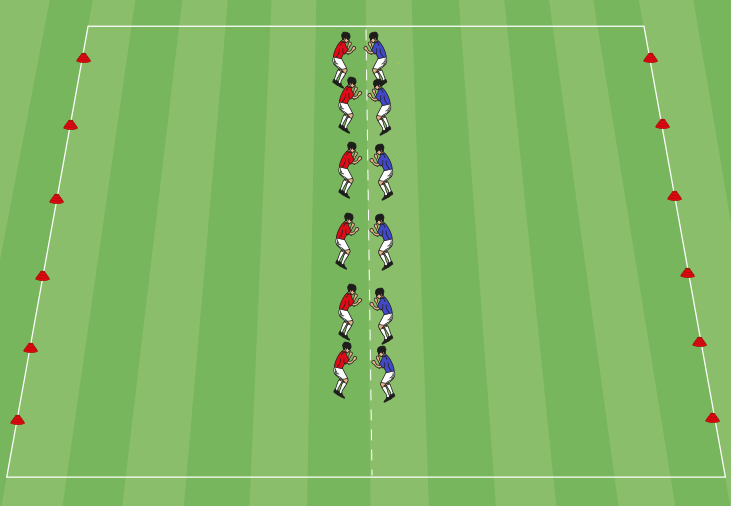 Rock, paper, scissors tag is a partner tag game that can be used to emphasize quick thinking. In this version, whichever partner wins moves up the ladder while the losing partner moves down the ladder.

Divide players into two teams and have them partner up with someone from the opposite team. Have them line up in the middle two yards across from their partner as shown in the diagram below. Add cones on either side about 10 yards away.

Emphasize to the players the importance of being quick on their feet and being able to make decisions in a split second. Have the coach start each round by saying go so that everyone finishes at the same time.

A tag game that is very similar to this one is two yard tag. Other great tag games include pinnie tag and rapid tag.