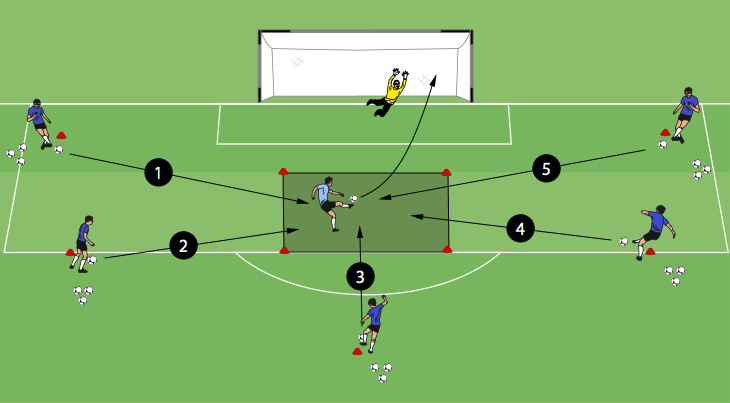 Set up a 5×5 yard square inside the 18 yard box as shown in the diagram. One player enters the square. Have five players position themselves around the 18 yard box with a supply of soccer balls.

Finishing in a square gives strikers lots of repetitions in front of goal. This drill works well with passes on the ground or with passes in the air so that strikers can work on headers and volleys. Encourage players to shoot towards the corners, away from the goal keeper.

For a similar drill that players can do on their own, check out the ten ball shooting test. Other great finishing drills include the Lionel Messi shooting drill, the wall pass shooting drill, and 2v1 to goal.