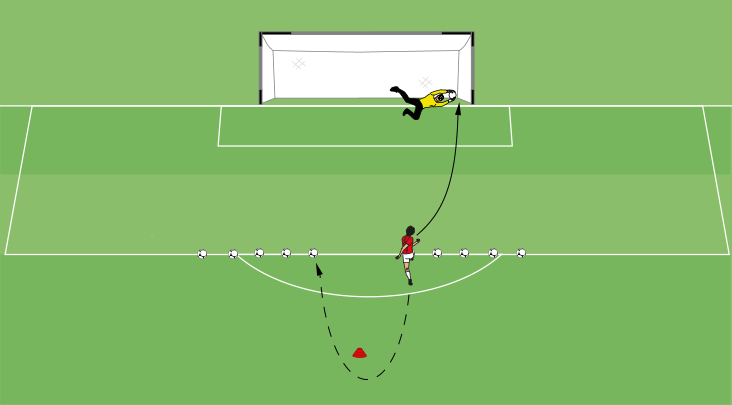 The ten ball shooting test can be used for players to practice shooting on their own or as a test to see how many goals they can score out of ten shots.

Players shoot the soccer balls one at a time, running around the cone at the top of the D after every shot. Keep track of how many goals they score out of ten.

If you like the ten ball shooting test and would like to see a similar drill, check out finishing in a square. In addition, rapid one touch finishing is a great drill for players to get lots of repetitions shooting in front of goal.