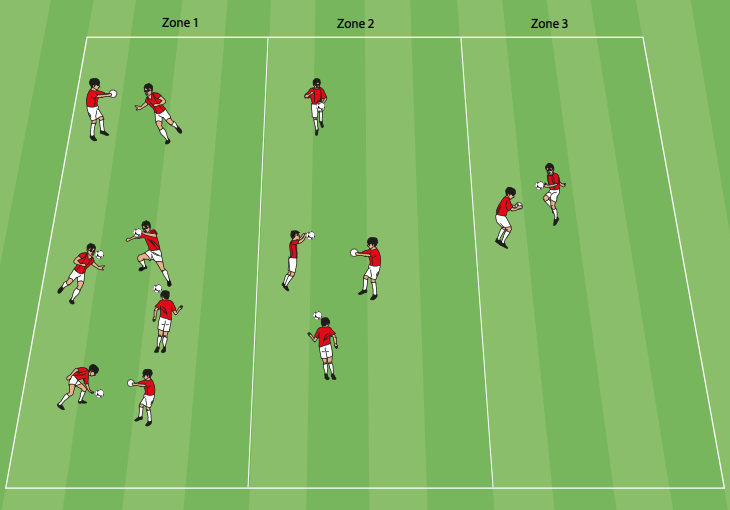 Header tag is a competitive warm-up game that players enjoy to work on heading ability.

Set up a grid with three zones as shown in the diagram. All players need a soccer ball.

Players start in zone one. To advance to zone two players must toss the soccer balls to themselves and head them into another player. If they hit another player they advance to the next zone. If they successfully head into a player in zone two they advance to zone three and so on. Once they’ve reached zone three, they go back in the other direction. The first player to get to zone three and back is the winner. (They must also hit someone in zone one at the end to finish)

If there is only one person in a zone players will need to wait for someone else to enter the zone to attempt a header. Make sure players are using their foreheads to head the soccer balls.

If you like header tag, take a look at the three zone skill race.