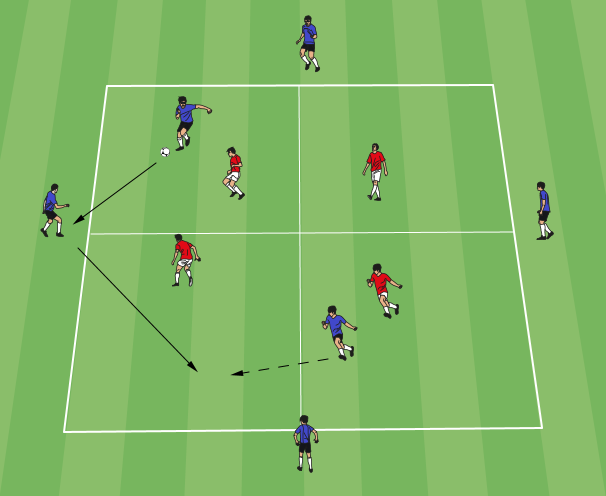 This drill is ideal to help players work on keeping possession of the ball with a minimal amount of pressure. It is also helpful to encourage movement on offense.

The offensive team has two minutes to complete as many consecutive passes as possible. Defenders may only defend in their own zone. After two minutes rotate players so that there are new defenders.

The offensive team should be able to find space because there is only one defender in each zone. An offensive player can enter a zone on one side and draw a defender towards them which creates space for a teammate elsewhere in the zone.

1 thought on “Keep Away With Defenders In Zones”