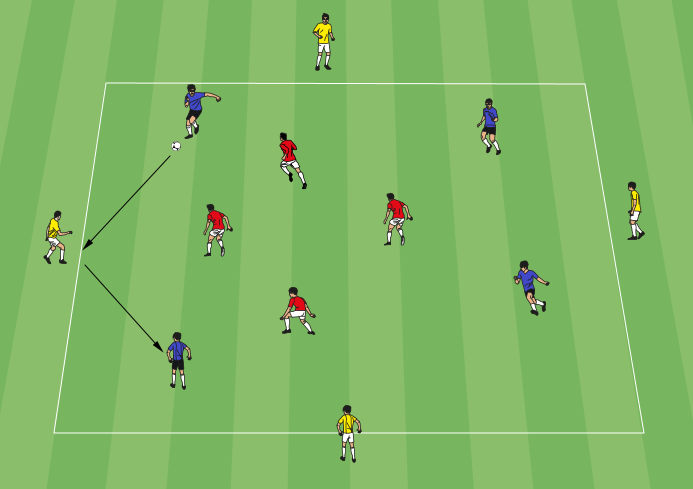 Keeping count with neutrals outside is a great keep away game for players to work on keeping the ball in tight spaces and thinking one step ahead.

Set up a grid and create three even teams. This game works really well with three teams of four. Have one team start out as neutral players around the outside of the grid.

The two teams in the middle play keep away from each other for two minutes keeping track of how many passes they can get in a row. Teams in the middle can count passes to the neutral players on the outside. After two minutes the team who completed the most consecutive passes wins. The winning team stays on and the team that lost become the new neutral players around the outside.

To make this game easier for the players, a coach can add neutral players to the middle. Encourage players to know where their passing options are before the ball even comes to them. Players should always be thinking one step ahead and play with one or two touches if they can.

If you like keeping count with neutrals outside, be sure to check out these similar possession drills: