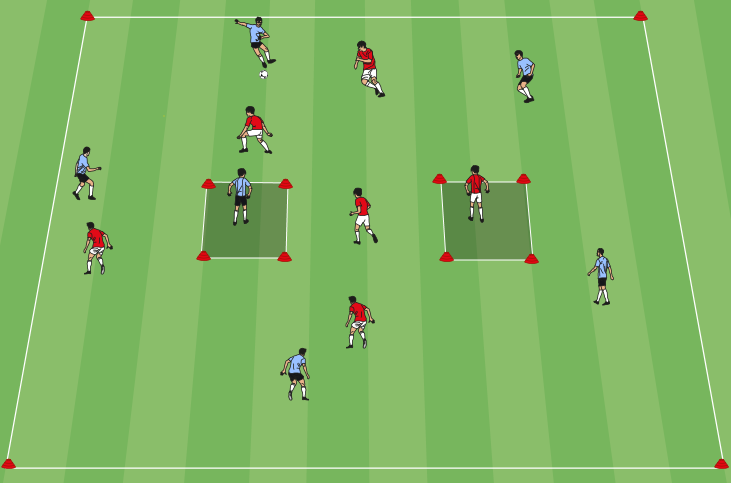 Targets in the middle is an excellent drill for players to work on moving the ball, keeping possession, and finding open teammates.

The two teams play keep away from each other, trying to complete six passes in a row. Once a team completes six passes, they can play a pass to their target player for a point. The game continues after a point is scored as the target player plays a pass back out to their teammates who try to maintain possession. The first team to earn three points wins.

Emphasize movement from players when their team has the ball so that they work on finding open space and passing lanes. Players should look to play to their target player when a good opportunity arises and avoid trying to force it if the middle is well defended.

If you like this drill, find the final pass is very similar (but with one zone in the middle instead of two). For more possession drills, be sure to check out:

2 thoughts on “Targets In The Middle”