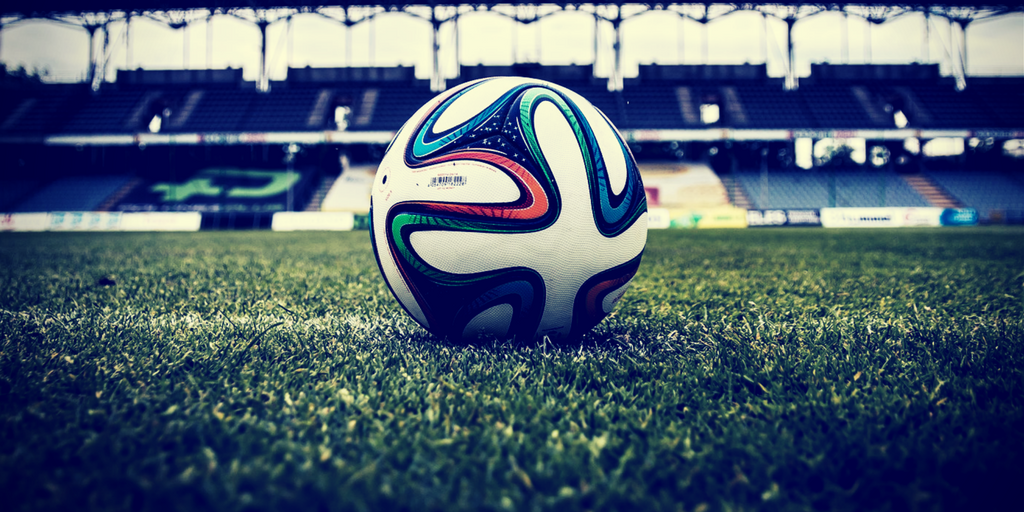 In a soccer match you can’t do anything without the ball. With this in mind, here are four tips to help your team keep possession so that you can dominate the stat sheet, create more chances, and score more goals.

1. Obey The Law of Possession

I first heard the phrase ‘space = time = quality’ from legendary Central Connecticut state coach Shaun Green in one of his YouTube videos. (If you haven’t seen him in action, check him out here). As someone with a math background, this really resonated with me and so I took it one step further in my book ‘The Soccer Possession Manual’ by coining it the ‘Law of Possession’.

In essence, the law of possession states that the more space a player has, the more time they will have on the ball which helps them execute with quality. Whether a player is trying to dribble, pass, or shoot, it is easier for them when they have time and space to work with.

Without time and space, even professional players can struggle to execute simple passes and maneuvers. This is one reason why pressing teams such as BVB Dortmund and RB Leipzig in the Bundesliga can make opposing offenses look bad on the ball. High pressure teams like these close spaces quickly which gives attackers very little time. When the attackers don’t have time, it usually results in lower quality attacking play.

So how can teams use the law of possession to produce high quality attacking play? The key is to create time and space for players. The best players in the world follow the law of possession instinctively. For example, a player with high soccer IQ who does this without thinking is Thomas Müller. If you ever watch Müller play, you’ll see that he is always on the lookout for open spaces and he puts himself in positions to receive the ball with time and space.

Movement off the ball is critical to developing a possession game. When players learn to move and find open space, they will be more difficult to mark and execute with a higher level of quality when the ball comes their way. Keep away drills are great for players to work on movement off of the ball. Here are a few of my favorites:

2. Use A Minimum Pass Requirement

One of the simplest and most practical ways to help players work on keeping possession of the ball is to use a minimum pass requirement in drills and exercises. Many of the possession drills on this site require teams to complete six consecutive passes before they can earn a point. I have found that six consecutive passes has been a pretty good number to use for high school aged players because it keeps earning points attainable while encouraging development at the same time. With this in mind, a coach can choose any number of passes that is suitable for their team.

Sometimes when a season begins I will start with a lower minimum pass requirement and gradually increase the requirement as the season goes on. Increasing the difficulty over time is a great way to get players to improve regardless of their level of skill in the beginning. This can also be a great way for players to see their progress over the course of a season. For example, last season I had a team that struggled to complete even four passes in a row at the beginning of the season. However, by the season’s end it was not uncommon for them to complete passing strings of 20 or more. Reminding players how far they have come is always very inspiring and it encourages everyone to keep working hard and improving.

The great thing about a minimum pass requirement is that when it is enforced in practice, players start to see the value in keeping the ball. In addition, it encourages team play because it makes it impossible for players to win a game all on their own. Players have to move the ball amongst one another and work together which builds a foundation of teamwork.

Here are a few drills that utilize the six pass minimum requirement before the teams can earn points:

3. Play One Or Two Touch

As a player I never liked being limited to only one or two touches but as a coach I have realized the value of using a touch restriction at times. This tip can be especially helpful when players are spending too much time on the ball and not seeing the field around them. It takes quick thinking and a high level of skill to play with only one or two touches. When a player has a limited number of touches, they have to know exactly where they are going to go with the ball before it comes to them to succeed. For this reason, I will use a touch restriction at times to get players to think one step ahead.

4. Increase The Difficulty In Practice

Last but not least, a great way to help your team keep the ball in games is to increase the difficulty in practice. When players become accustomed to having limited amounts of time and space, they learn how to execute under pressure. By increasing the difficulty, it prepares players for difficult situations in games.

One way to make possession drills more difficult is to increase the ratio of defenders to attackers in a drill. Usually towards the beginning of a season I will include lots of neutral ‘all time offense’ players so that players can experience success passing the ball. With that being said, as players start to improve I will use less neutral players to ensure that the ratio of defenders to attackers is increasing and that players always being challenged.

Another way to make possession drills more difficult is to decrease the amount of space players have. At first, when players try to establish a passing rhythm, having a lot of space can be helpful. With this in mind, decreasing the amount of space over time will force players to think more quickly on the ball which will benefit them come game time.

Here are a couple of drills where coaches can manipulate the number of neutral players and size of the grids to consistently provide an adequate challenge for players:

The Ultimate Resource To Help Your Team Keep Possession

If you like the tips in this article, be sure to check out my book ‘The Soccer Possession Manual’ on Amazon. At the price of a cup of coffee, you can have all of my favorite possession drills in the palm of your hands. This book has everything you need to know for your team to keep possession of the ball, connect more passes, and win more games. You can probably read it in a single sitting, however, it is a valuable resource to refer back to whenever you are in need of fresh insights or ideas for your team. Whenever I have a team struggling to keep possession of the ball, I will look through it’s pages for inspiration from my favorite drills.