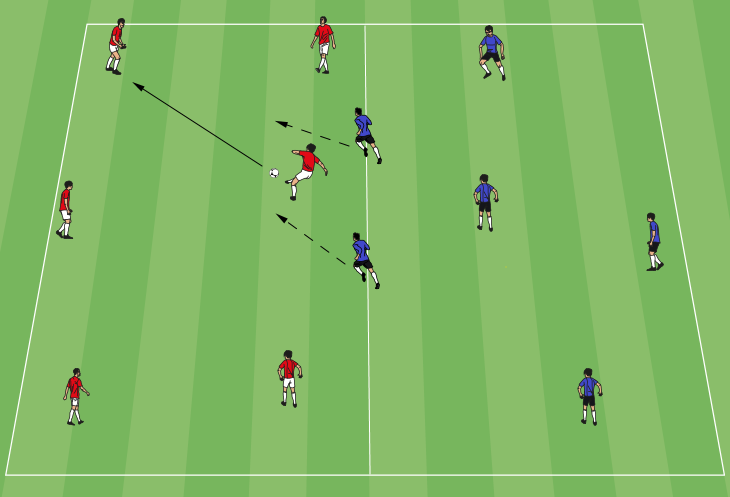 The rondo pressure drill is an easy keep away drill to get players moving the ball on offense and applying pressure on defense.

Set up a grid rectangular grid with cones splitting it down the middle. Create two even teams and have each team start on one side.

Put the soccer ball into play on one side. The team with the ball can earn a point for every six consecutive passes they connect. The defending team sends two players to the opposite side to defend. Once the attacking team loses possession of the ball, toss a new ball out to the opposite side.

For the best results, players on offense should move and communicate with one another. I typically encourage quick passes and speed of play from the attacking teams. On the other hand, the defensive players should hustle and apply as much pressure as possible.

If you like the rondo pressure drill, be sure to check out these similar drills: