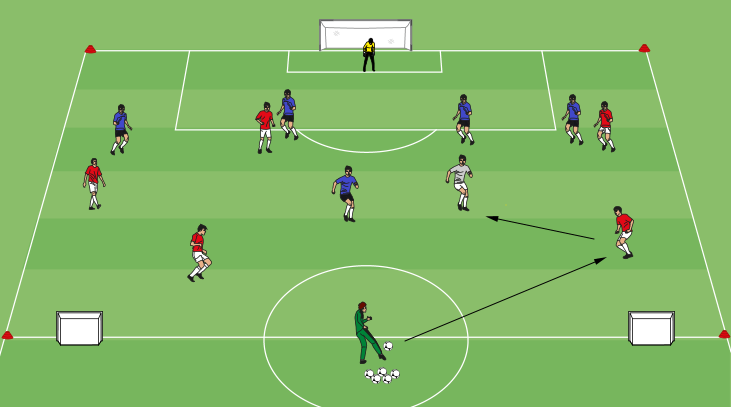 This drill is perfect for offenses to learn how to break down a defense and create goal scoring chances. It is also effective for defensive teams to work on quick counter attacks once they win the ball.

Set up a field with a large goal on one side and two mini goals on the other side. Create two teams to play against each other. This works with teams as small as three or as large as eight. Adjust the field size accordingly. A coach may also have one or two neutral players play all time offense.

Players on offense need to move, check in and out, and make runs to break down the defense. Passing combinations such as wall passes, overlaps, and takeovers will also work well in this drill. If the defending team wins the ball they should try to go forward quickly because they don’t have a minimum pass requirement.