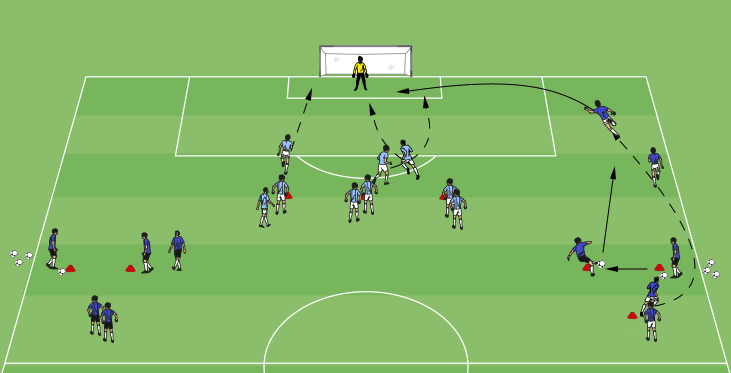 Third man overlaps allows players to work on performing overlaps out wide and executing crosses into the box.

Create three lines for runners just outside the top of the 18 yard box. On either side of the field set up three lines for crossers to perform passing combinations towards the sidelines.

The outside players play a short pass among themselves and then play a through pass to an overlapping player who is running down the line. The player who receives the through pass crosses the ball to the players who are running into the box. After each cross a new ball starts on the opposite side.

A very similar drill to third man overlaps that employs the same set up is crosses from third man runners. Other great drills to work on crossing include the overlap crossing drill and 3v2 to goal with winger crosses.