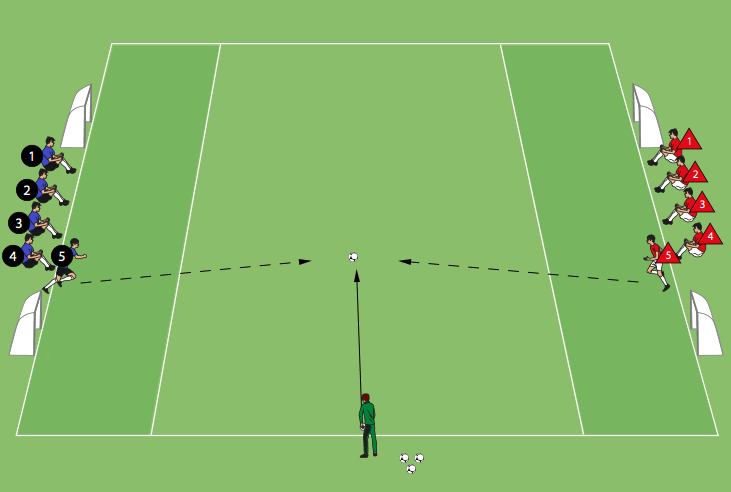 Call a number is an excellent 1v1 game where players are numbered off and the coach calls out which numbers come out to play each round.

Set up a field with two mini goals on either side. Create two teams and number players off on each team from one to however many players are on the team.

To start the game, the coach tosses a soccer ball out and calls which number is playing each round. For example if the coach calls number two, the number two players from each team come out and play 1v1. Each time a player scores a goal, have them count it towards their teams total. The first team to five goals wins.

Players need to pay attention to know when their number is called. Emphasize hustle and effort. For very large teams, this game can be adapted to 2v2 or 3v3 by calling out multiple numbers.

Similar drills to call a number include battle for the ball, 50-50, and sprint for the advantage. In addition, be sure to check out some of our other favorite 1v1 drills.