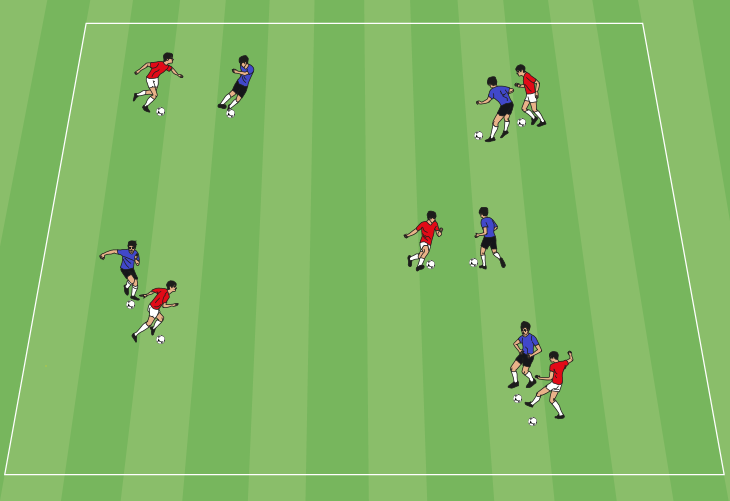 Chicken fight is a 1v1 game where players have to protect their own ball while trying to knock their opponents ball out of bounds.

Set up a grid and have players partner up. Every player needs a soccer ball.

The goal of the game is for players to knock their partners soccer ball out of the grid while maintaining possession of their own soccer ball. Play 30 second rounds. If neither player loses their soccer ball it is a tie.

This works best in smaller grids so that it is easier for players to knock their opponents soccer balls out. Players will need to shield their own ball while trying to swipe at their opponents ball.

Similar drills to chicken fight include protect the cone and scoring spree.