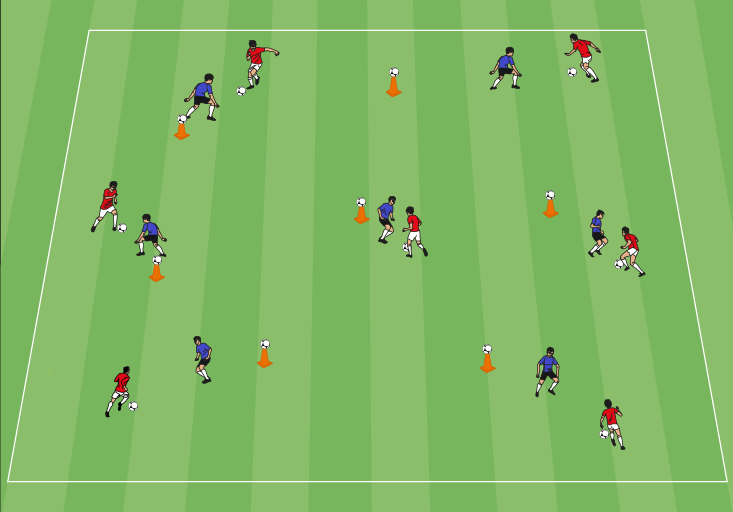 Protect the cone is a fun 1v1 game where attackers try to knock the defenders soccer ball off of a cone.

The attackers objective is to knock the defenders ball off the cone. Play 20 second rounds. In the event that the defender can go a full 20 seconds without having their ball knocked off the cone, they earn a point. If the attacker knocks the ball off, they win the round.

Defenders should position themselves between the attacker and the cone. In addition, the defender will need to be physical in order to protect the cone.

If you like protect the cone and would like to see other 1v1 variations, check out chicken fight and battle for the ball. In addition, for exercises to help players work on dribbling, take a look at dribble tag and scoring spree.

1 thought on “Protect The Cone”