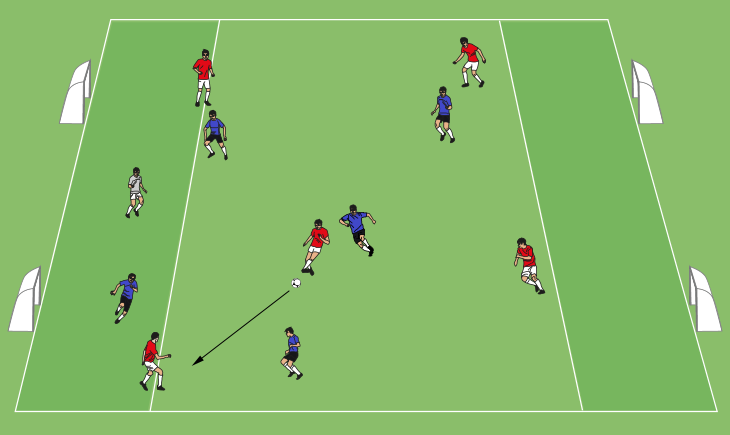 This game does away with traditional formations because both teams can score on any of the four goals. By being able to attack in either direction, soccer players will want to stretch the field and spread out on offense.

Set up a field with two mini goals on either end. Divide players into two teams and assign one or two ‘all time offense’ neutral players.

Teams play keep away in the middle. Once a team connects six consecutive passes they may score on any of the four mini goals. The first team to score three goals wins.

Players should spread out and look to switch the field when one side is heavily defended. With teams being able to score in either direction, make sure players are always looking to find open spaces. Make sure teams are even and shuffle teams after every round so that players can work with a variety of different teammates.