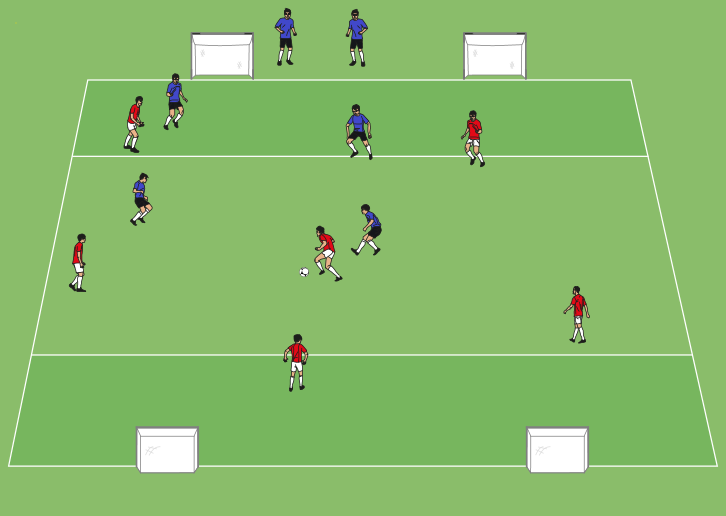 In defense drops two, the offensive team has a numerical advantage because the defense must drop two players off of the field.

Set up a field with two mini goals on either side. Split players into two even teams. This works well with team sizes as small as four and as large as eight.

The two teams play against each other, however, whichever team is on defense must drop two players off the field over their own end line. This is to give the offensive teams a numerical advantage so that they can work on keeping possession of the ball with slightly less pressure. The offense must complete six passes in a row before they can score.

Because the offensive team alway has a numerical advantage in this game, emphasize finding the open players and speed of play.

For drills that are similar to this one check out mini goal game with neutrals outside and diagonal attack.