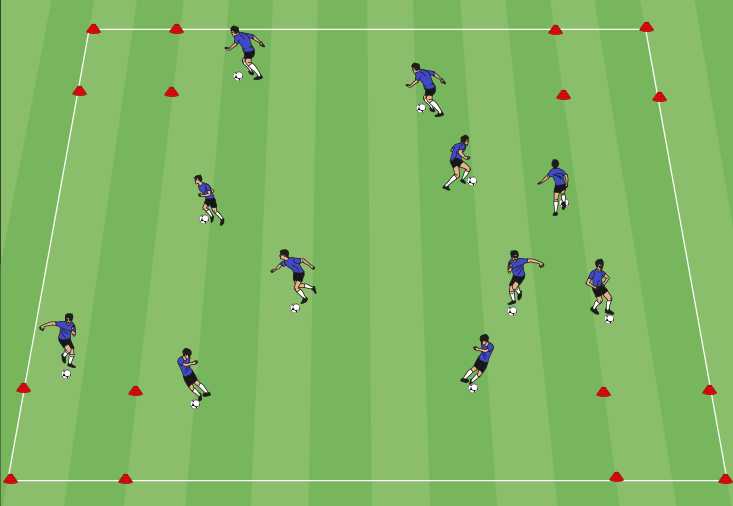 Dribble to safety is a fun dribbling game that is similar to musical chairs because on a given signal, players have to rush to a safe zone.

Set up a rectangular grid with a safety zone in each corner. All players need soccer balls.

Players randomly dribble throughout the grid, then on the coaches signal they rush to get into one of the safe zones. The last player to make it to a safe zone must perform an exercise such as jumping jacks or air squats to get back into the game.

Another variation would be that each round the last player to make it to a safe zone is out and can work on juggling on the side until there is only one player left.

Make sure that players are not hovering around the safe zones and that they are randomly dribbling throughout the grid. Coaches can specify things like weak foot only or outside of the feet only. This game also works well with music. When the music stops, that would be the signal for players to find a safe zone.

For a similar drill, check out musical cones. In addition, some other great dribbling drills include dribble tag with exercises, dribbling throughout a grid, and scoring spree.