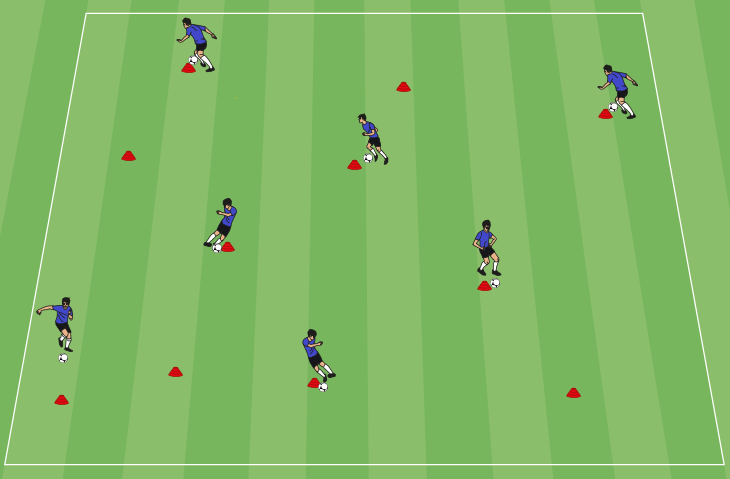 Turning around cones can be used as a warm-up and is great to help players practice turning with the soccer ball.

Set up a rectangular grid with cones set up throughout the field. All of the players will need soccer balls.

Have players practice dribbling around the grid and doing 360 degree turns around the cones. This can become a competition by giving players one minute to perform 360 degree turns around as many cones as possible. At the end of one minute, the player who made the most complete turns wins. Dribblers may not dribble around the same cone twice in a row. This game can be progressed by having players use their weak foot only or by adding defenders.

Dribblers should keep the soccer balls close to their body and navigate the field looking for open cones. Have dribblers keep track of how many cones they go around.

If you found turning around cones useful, a very similar drill is scoring spree. Scoring spree is done individually like this drill however there is also a 1v1 variation of scoring spree. Another similar warm-up drill that is simple is dribbling throughout a grid. In addition, you may also enjoy relay races like these: