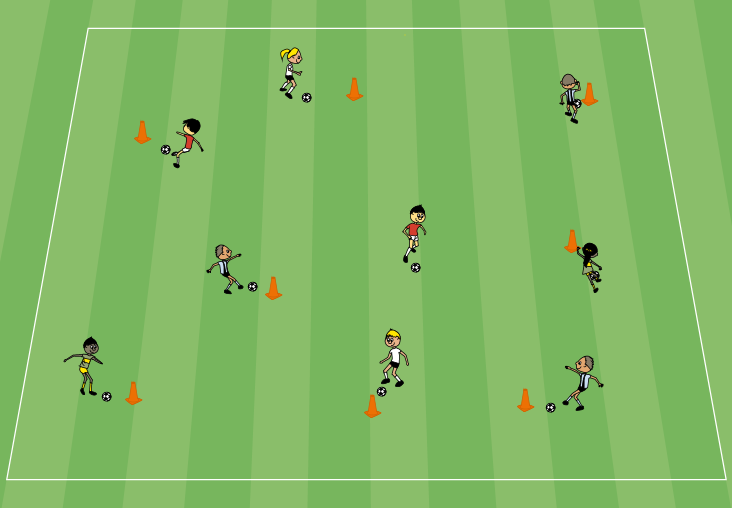 Musical cones is a fun variation of musical chairs where instead of sitting in chairs, players have to knock over cones with their soccer balls.

Set up a grid with cones set up randomly throughout that can easily be knocked over with soccer balls. All players will need soccer balls for this game.

This drill is similar to musical chairs because there are less and less cones to knock over every time. This drill can also be done with music and when the music stops the players know they must find a cone to knock over.

If you like musical cones, be sure to check out some of the other fun youth soccer drills on Competitor Spot: