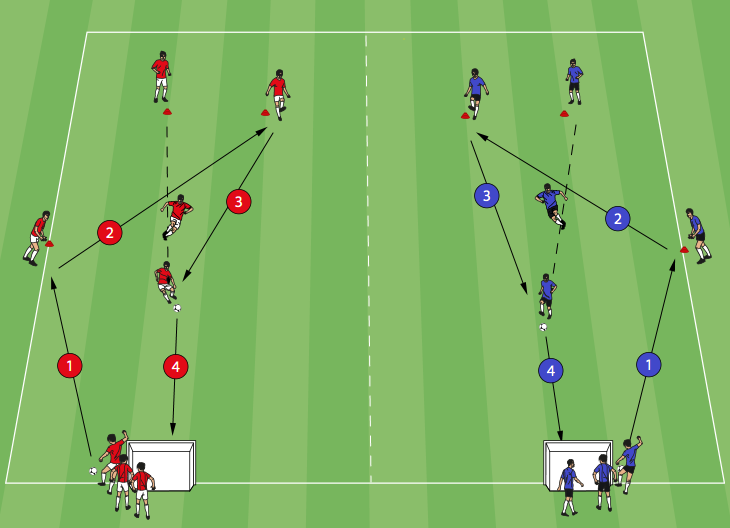 Passing to finish is a nice passing sequence to get players moving and working on accurate delivery of the ball.

Set up a grid as shown in the diagram.

In this drill there are two teams performing the same passing sequence. The soccer balls start at the lines at the bottom and are played to the side players who then play a pass to the top. The top players play a through pass to the other top player who is running into space and must finish on the mini goal with one touch. Players rotate to the line they passed to, the shooters go to the start line at the bottom. The two teams can compete by seeing which team can score the most goals in one minute.

The through pass needs to be weighted correctly so that the player running towards the goal can finish with one touch. After a team scores, have them count out loud so that everyone knows how many points they have.

Similar passing sequences include short-short-long and wall passing combinations. In addition, players can work on passing with the following drills:

1 thought on “Passing To Finish”