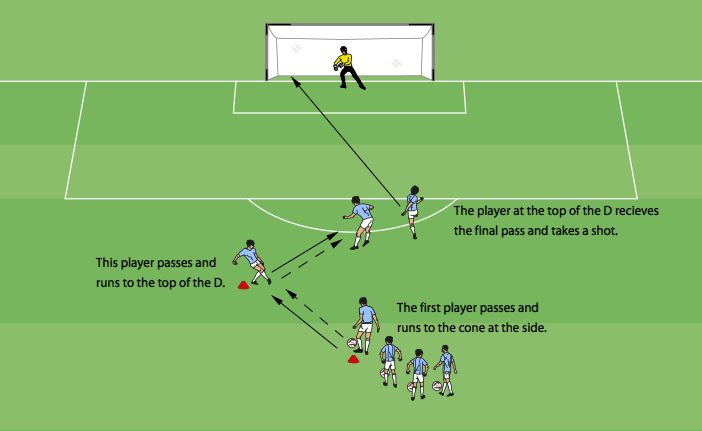 This is a simple shooting drill to use when working with small groups to get lots of repetitions during shooting practice.

Make sure players rotate quickly so that as soon as one player shoots, the next player in line is ready to go. Encourage players to call the names of the players they pass to. After a few minutes, switch the cone at the side to the other side. This drill works best with smaller groups so that players don’t have to wait in line for very long. If a coach wants to do this drill with a large team, it would be best to set up multiple goals.