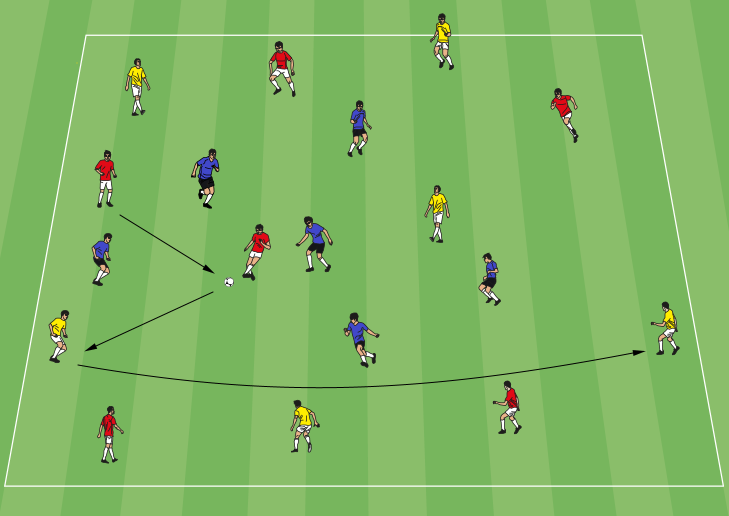 Two teams against one is a simple keep away drill that is very effective to help players work on keeping possession of the ball.

Set up a playing field and create three even teams. Team sizes can range anywhere from two players to eight players but five or six players on each team works the best. The larger the teams are, the larger the field should be.

Assign one of the teams as a defending team to go against the two other teams. The two teams start with the ball and see how many passes they can complete in a row in one minute. After one minute, rotate the defending team so that all three teams have a chance to defend. The defending team that allows the least number of consecutive passes wins.

In the diagram red and yellow teams are working together against the blue team which is on defense.

Players on offense should move to find passing angles and avoid getting bunched up. The more players practice this drill, the more consecutive passes they will complete in a row. Adjust the size of the field so that the offense can be successful. The more space players have, the easier it is on offense.

Other great keep away drills that are similar to two teams against one include spread the field with gates and possession to target players.